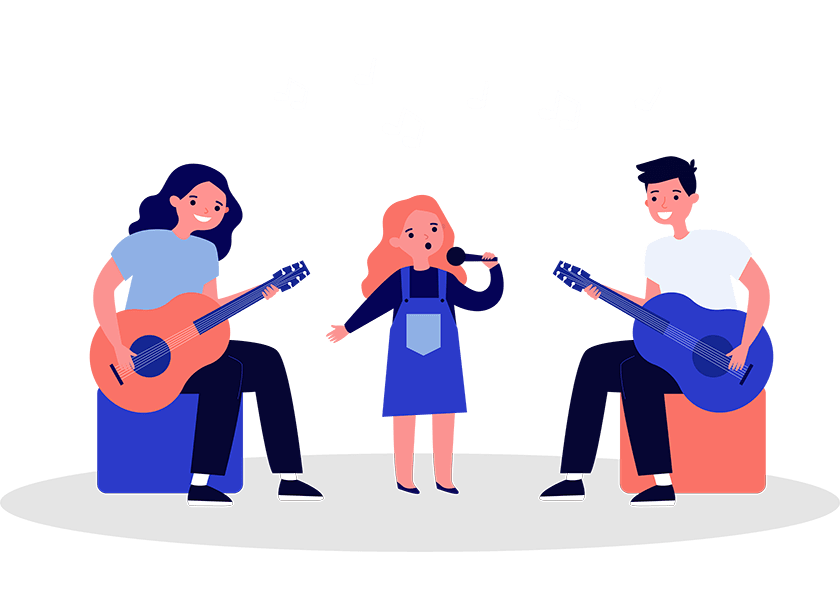 The Yellow Flag Programme was founded by the Irish Traveller Movement in 2009 as a practical 8-step guide for primary and post primary Schools to become more inclusive of all ethnicities, cultures, and religions, and to challenge racism.

Using a whole-school framework, the programme works with all cohorts of a school community – students, teachers and parents – to build tolerance and intercultural competence. By creating an inclusive learning environment, students feel empowered to positively develop a sense of identity, leading to increased well being and a sense of belonging at school; both of which are key factors determining early school leaving. You can learn more about the eight steps of the Yellow Flag Programme here.

As Ireland prepares to mark Traveller Pride Week, an important event in the intercultural calendar, we wanted to share some insights from our experience of working with schools and young people from the Traveller community. On this page, you will find information about: 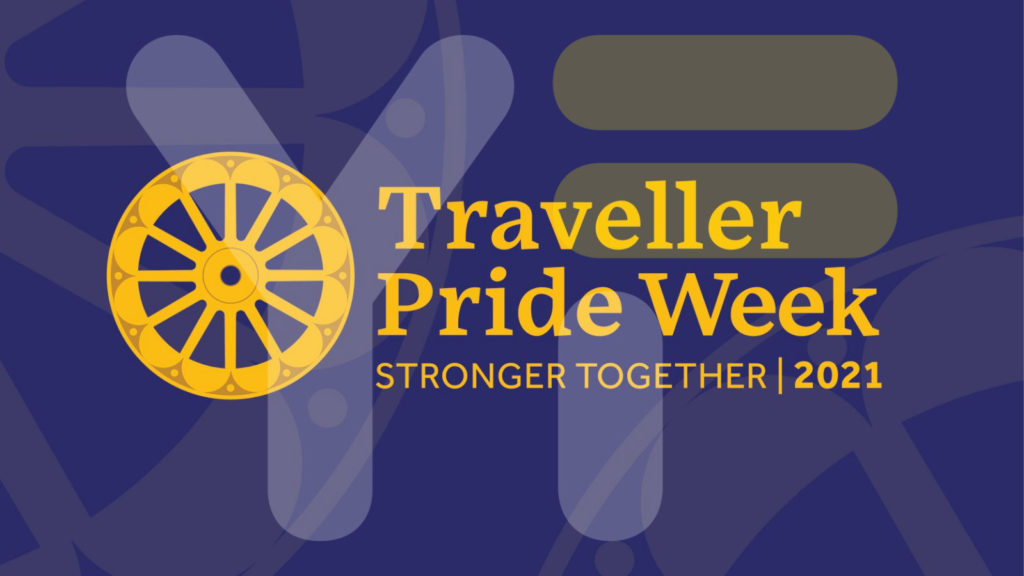 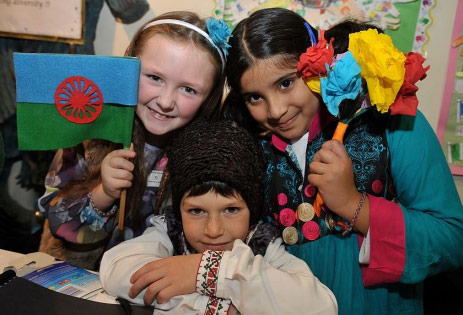 This year, Traveller Pride Week will be celebrated across two weeks, from September 20th until October 2nd. Traveller Pride was first founded as an annual event in 2009, in response to the sad reality that anti-Traveller racism had eroded Travellers’ belief and pride in their own identity, especially among young people.

Identity-based bullying is felt across diverse ethnicities, cultures, and religions, and notably, 27% of Traveller parents recount  that their children were bullied in school because of their ethnicity.

Instead of focussing on the challenges and barriers that the community faces, Traveller Pride Week is an occasion to celebrate the richness of Traveller culture, and to honour Traveller achievements and the contributions that individuals are making to their own community, and society at large.

Traveller Pride Week is a brilliant opportunity to bring Traveller culture and heritage into the classroom. Interculturalism is a learning journey, and what better way to start learning about other ethnic minority communities, than by marking the festivals and celebrations of those groups. You can find out more about the events taking place both online and in your local community here.

On the Yellow Flag Website, you will find an extensive list of fact-based resources, as well as materials that celebrate Traveller achievements, and debunk myths about the community. Additionally, the Cork Traveller Women’s Network produced a wonderful animation account of Traveller history and culture over the years. We couldn’t recommend this video more highly!

Here are some Yellow Flag Top Tips on how to embedded Traveller culture within your classroom space, and to ensure that young Traveller students feel included. You can check them out here: 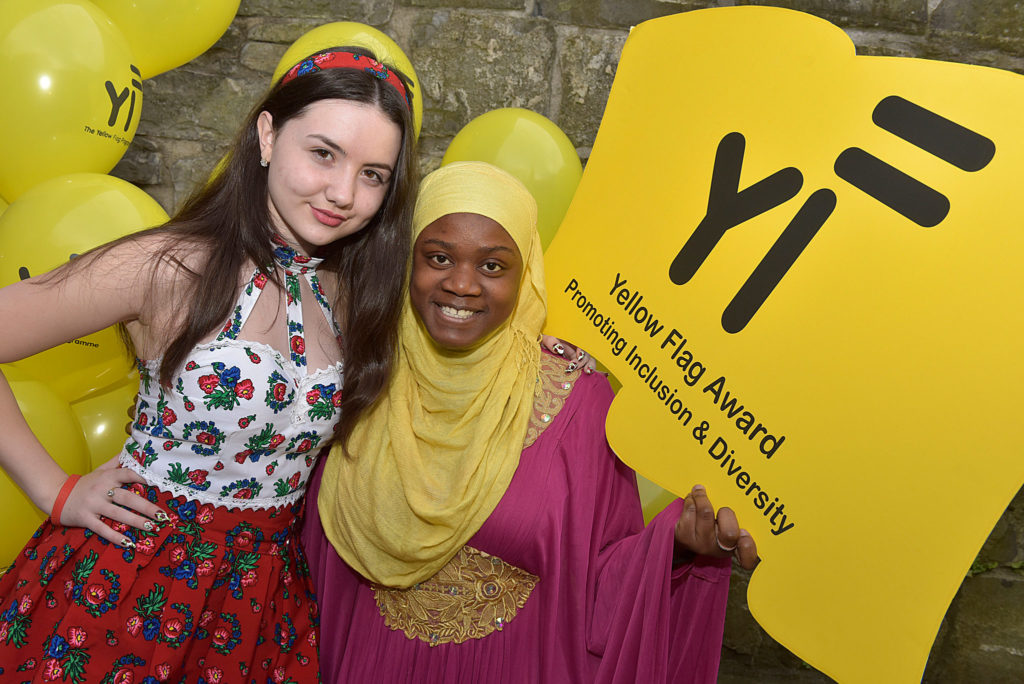 Events like Traveller Pride Week remind us of the diversity of Irish society, and the numerous different cultures, languages and traditions that are represented across Ireland, and indeed, among our student population. Every child deserves to feel recognised in school, and to see their unique identity reflected in that learning environment.

Embedding an intercultural calendar into the rhythm of the school year is a wonderful way to mark the traditions of diverse communities, and to give students from ethnic minority groups the opportunity to showcase their culture and heritage, if they so wish. Check out the Yellow Flag Programme’s Intercultural Calendar for September and October, and get planning!

The hidden curriculum refers to the unofficial, and often, unintended attitudes, perspectives and values that a school imparts on its students. While the formal curriculum consists of courses, lessons and learning activities, the hidden curriculum evokes unspoken or implicit cultural and social messages.

In our schools, the hidden curriculum often favours the norms and behaviours of the dominant cultural or ethnic group. This can lead to contradictions in learning, and worse educational outcomes for pupils of ethnic minority groups, who may feel excluded within that learning environment.

Therefore, while it is important to include intercultural ideas in the formal curriculum, the images and resources that surround the student are also crucial. In many ways, what is absent may be as important as what is present.

Kathleen Murphy is a proud Mincéir Beoir (Traveller woman) and a trainee teacher. Watch in this video as she explains how educators can bring Traveller culture into the classroom, and ensure that Traveller students feel included and recognised. 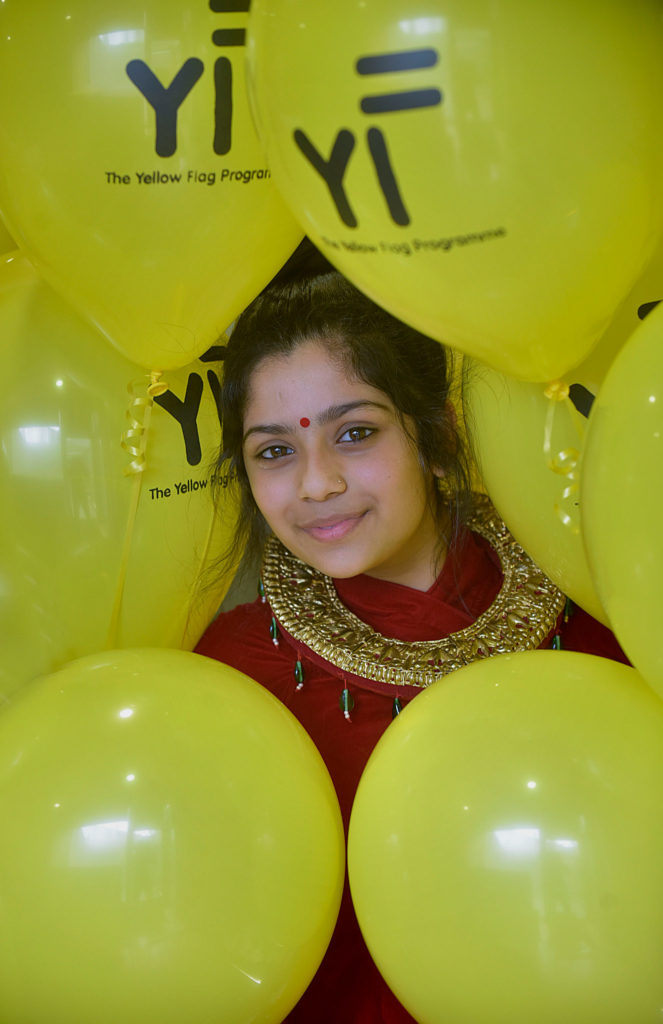 To really foster inclusion in a school community, the celebration of diversity must be accompanied by robust policies, that tackle all forms of discrimination. Protecting children from racism should already be included in a school’s anti-bullying policy, so you may wonder whether a separate anti-racism policy is necessary.

Let’s look at the two terms, and their definitions:

How we define the problem, determines the solutions and tactics we pursue. Rolling anti-racism into an anti-bullying policy vastly oversimplifies the issue, and overlooks several contributing factors. Additionally, by designating racism as an act of bullying, we are de facto defining racism as a behavioural, disciplinary issue, and allocating blame to students, rather than understanding the wider societal and institutional elements at play

You can read more about the Yellow Flag Programme’s recommendations for developing an anti-racism and inclusion policy here. 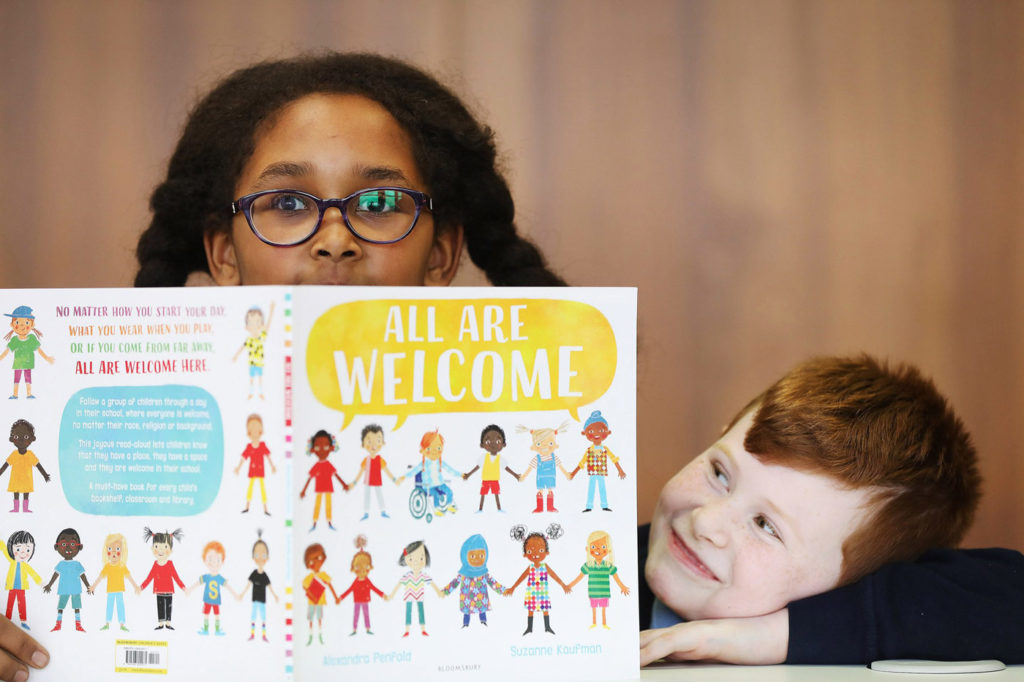 Don’t forget that diversity and inclusion work is a learning journey and a constant process. Culture is dynamic, and we all must adapt and learn to keep pace.

The Yellow Flag Programme has developed a Self-Awareness Training for parents and teachers, to help you explore concepts of identity and discrimination, and to reflect on your own cultural positioning.

As we approach Traveller Pride Week, consider downloading this training and setting aside some time to consider your own thoughts, cultural norms, and even prejudices and preconceptions.

To stay abreast of the conversation in Ireland, consider book-marking the websites of the Irish Network Against Racism (INAR) and the Irish Human Rights and Equality Commission (IHREC).

You can also follow us on social media for more information and useful resources:

If you have questions about our programme, or you would simply like to get in touch, we’d love to hear from you! You can contact our National Programme Coordinator, Molly Brady-Martin, at [email protected]. 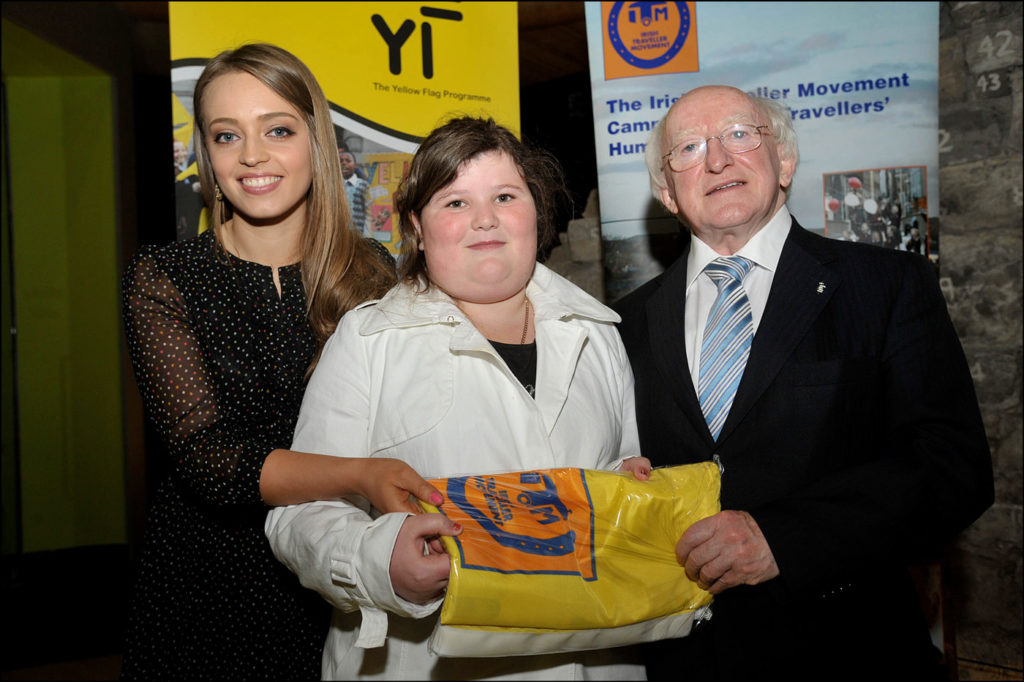